Based out of Terre Haute, Indiana, four bothers came together to form the Johnson Motor Company. Despite some initial trials and tribulations, they had set half-mile dirt track records and sold over 17,000 units by 1921. Unfortunately by that point Henry Ford was making vehicles like the Motorwheel obsolete with the Model T. A few years later and the Johnson brothers had moved on to building outboard motors. 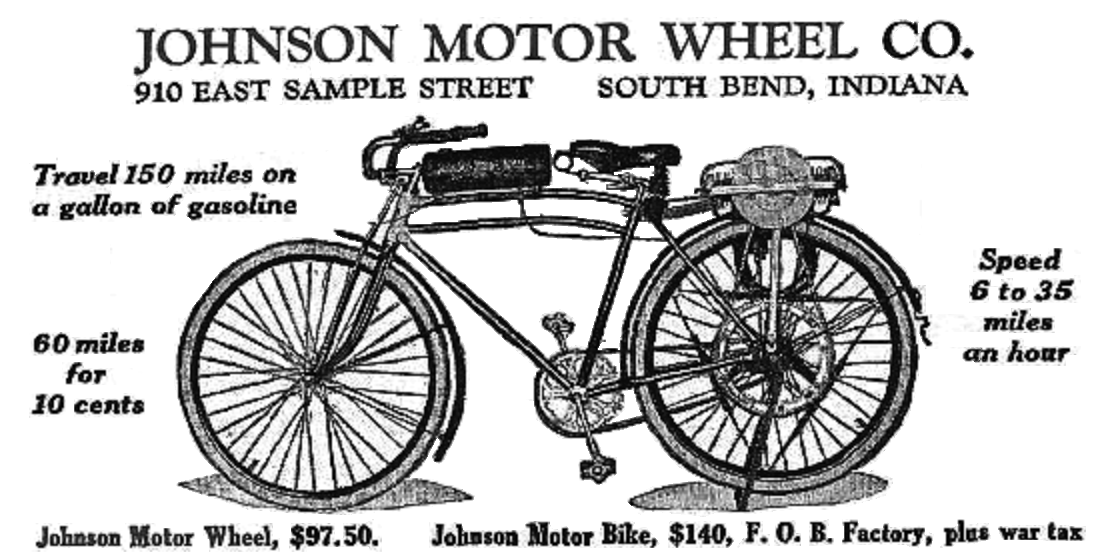 Ad from 1920 Issue of Boys’ Life, photo from https://en.wikipedia.org/wiki/Johnson_Motor_Wheel

The Johnson Motorwheel was patented in the US in 1919 after the design had been finalized – it was a 1 horsepower, 2-stroke engine. For a lot more information on the Johnson Motor Company, check out this link from the Antique Small Engine Collectors Club. This example actually utilizes a later Johnson outboard motor, and it’s cooled by a car heater from an unnamed 1931 model. The seller notes that the engine runs well and has good compression, though he’s only run it on a bench and not on the road since a restoration.

Find this Johnson Motorwheel for sale in Hutchinson, Minnesota with bidding up to $1,050 and the reserve not yet met