On August 14-16, Bonhams is auctioning off nearly 400 motorcycles as part of their Summer Sale at Bicester Heritage in Launton, England. There’s some great stuff, with a high percentage of oddball scooters and race bikes!

Honestly, there’s so many good offerings here that it was taking me too long to pick my favorites – so this time around I’m just going to hit you with 5 bikes I’ve never heard of before! Click here to check out the list for yourself!

1.) 1957 Piatti 125 – estimated to sell between $2,600 – $5,100.
Despite the name and the styling, this is an “all-British” scooter, as the period advertising made sure to emphasize. It featured a one-piece pressed steel body with a “pull button” parking stand and a claimed 120 mpg. Piatti called it the cheapest full-size scooter of its time – your 139 pounds got you a spare wheel (and tyre, to boot), dual seat, luggage rack, electric horn, and speedo. And the Piatti name? That came from the designer: London-based but Italian-born Vincenzo Piatti. 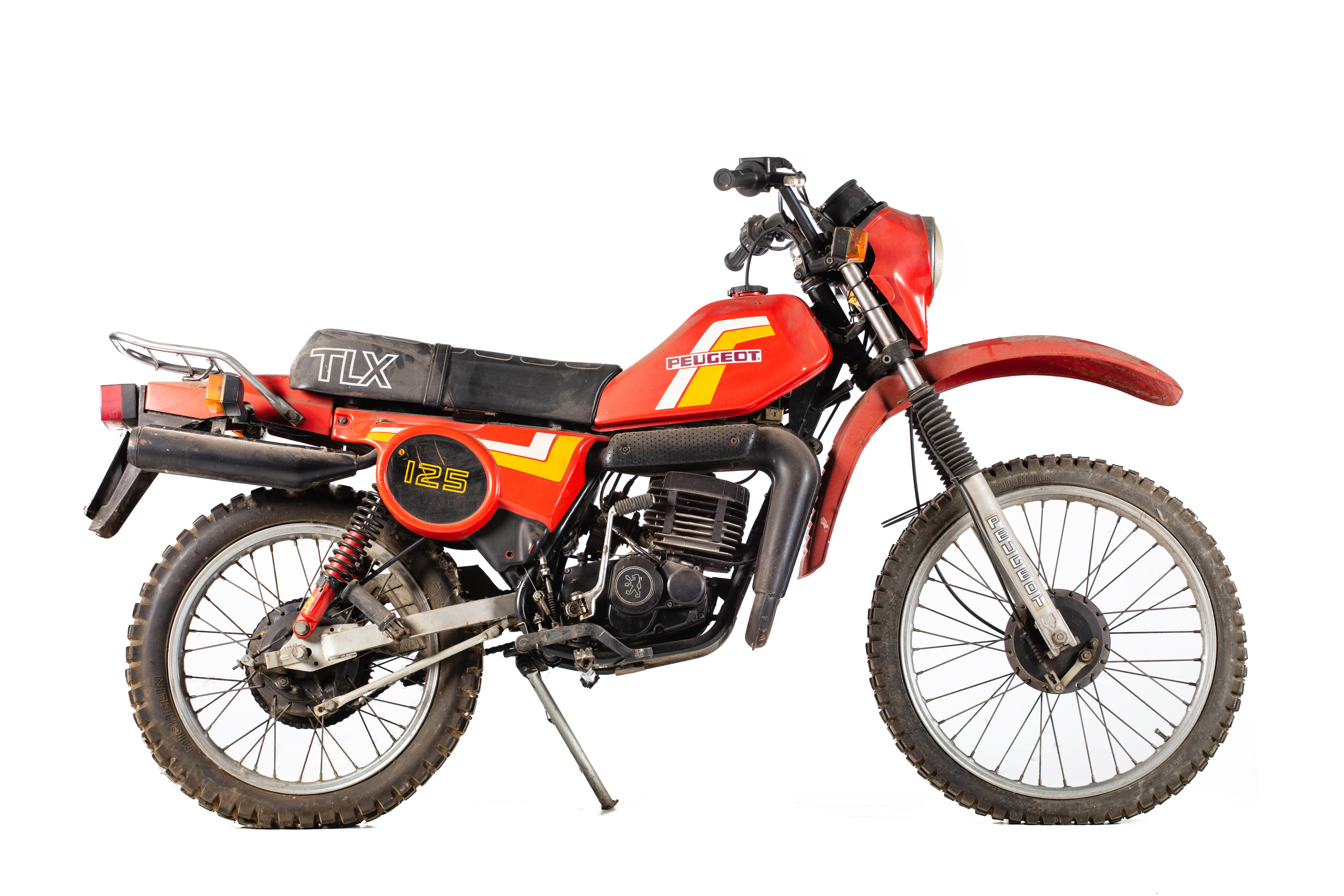 3.) 1976 HKS Speedway Special – estimated to sell between $320 – $450.
Car guys will know HKS for their turbos and tuning parts, but back in the day they also competed in motorcycle racing, specifically a niche that’s oddly called “autoracing.” Autoracing never really made it across the Pacific to the US, but it’s probably easiest to think of it as speedway on pavement. Because of the road surface, the riders aren’t sliding – instead they’re getting low in a posture you may have never seen before. What’s also interesting is that the sport is primarily driven by legal gambling, which is why the racers are isolated (much like with American athletes are going through now with their COVID bubbles, except to prevent any outside influences. The history of this bike hasn’t been documented, but it’s got a 600cc thumper. You just have to watch for yourself:

4.) Austell MkII 998cc Lotec – estimated to sell between $6,400 – $9,000.
Alright, this one’s just a one-off, but it’s fascinating to me. It was built in 1985 by Chris Castell, who theorized that the 998cc BMC engine found in Mini Coopers could last for 300k in a motorcycle. Before this was created, he had already built a few testbeds – someone saw one parked outside his home and commissioned one for himself. Basic specs: automatic transmission with manual override, 680 pound dry weight, 90 mpg at 70 mph, and a top speed of 125 miles per hour. The auto tranny still has reverse (future Austells were built with sidecars), but there’s enough oomph that the seller felt like only 2nd and 4th gear were necessary. It hasn’t been ridden in 20 years and will require some work. 5.) 1973 Ringhini 50cc GP Racer – estimated to sell between $7,700 – $13,000.
After being replaced as the chief designer of Morbidelli’s race team in 1973, Franco Ringhini started his own shop and created a small run of 50cc racers for competition – he also built engines for a few other marques, including Bimota. It’s hard to blame other manufacturers for snapping up these motors, as his 49.7cc single cylinder two-stroke produced 14 horsepower at 14,500 rpm! This race bike weighs just 132 pounds and has been restored, though there’s no known history in terms of if it actually competed. Click here for a list of all the listings – there’s an additional 300 lots of books and parts.

In 2005, the President of @bmwmotorrad (Dr. Herber